This game is currently slightly more expensive only here at itch because the U.S. government treats me as a foreign store and takes 30% out everything I make from the start (before every other normal tax), so I'm testing to see if I can just say fuck them.

If you don't want to pay for this difference, you can get it for the actual price of 10 GBP (12.50 USD) here at the publisher's website. Or you can hit me up and say something like "gimme game" and I'll send you a download key for free. Just please consider rating it and leaving a comment if you like it!

And if you'd like to support my work, it's better to donate any value to my ko-fi than to tip here, considering the 30% situation described above. Thanks!

No matter what they tell you, there’s still weirdness and wonder everywhere. You just have to know where to look. At the edges and cracks of ‘normal’ life we exist, we persist, and we resist: the monsters, the magicians, the anomalies, the freaks, and the outcasts. We gather in the shadows, trying our best to live our lives in a world that, when it doesn’t exactly fear or hate us, doesn't even believe in our existence.

Alas, there are people out there who can’t stand this. They work from behind the scenes to protect ‘normality’ at all costs. This means getting rid of us, by any means necessary. They are often successful, but not as much as they’d like. Even so, they are resourceful, and they’re good at what they do.

There are also those who would use and abuse us for their own purposes, be it profit, knowledge or power (which, one could argue, are the same thing in the end). These are even more dangerous when they manage to get what they want.

But we’re still here. We’re not going anywhere. And we fight back.

here, there, be monsters! is a rules-lite response to monster-hunting media from the monsters' point of view. It's both a love letter and a middle finger to stuff like Hellboy (and the BPRD), the SCP Foundation, the Men in Black, the World of Darkness games and the Urban Fantasy genre in general. It is an explicitly queer, antifascist and anti-capitalist game about the monstrous and the weird, in any flavor you want, not as something to be feared, but to be cherished and protected.

Play as a diverse crew of monstrous, anomalous or just generally odd beings, fighting against those who would use, abuse or even annihilate you. Create and populate your own supernatural underworld, abnormal gang and extra-dimensional haven. Hunt monster hunters! Punch nazi occultists! Eat the rich! Protect each other! Fight back! Here, there, be monsters!

"punk, full of counter-culture, acid humor and unapologetically in your face critique. (...) shows a perspective on the monster side, of the excluded minorities and the world around them. To me it feels like 'what if world of darkness was actually cool'.", M.A. Guax (Backpack & Dream, MiniBX's layout);

This book contains bodies. Lots of bodies, both referenced and illustrated. Some of those bodies are naked. Some of them are monstrous, grotesque, horrific, in many different ways. They were not made with the purpose of being offensive, but if any of that makes you uncomfortable or disturbed, be advised to proceed with caution. There are also mentions of neonazis, billionaires, aristocrats and cops, all of which are supposed to be punched. On the other hand, here there be no elves or spiders whatsoever.

with original art by Lino Arruda;

here, there, be monsters! © 2022 by wendi yu is licensed under CC-BY-SA 4.0 unless you’re a corporation or a bigot of any kind, in which case you have the right to fuck off and die.

In order to download this monstrosity you must purchase it at or above the minimum price of $15 USD. You will get access to the following files:

Support this monstrosity at or above a special price point to receive something exclusive.

I'm still figuring out how this will work, but until then just go ahead and grab it for free if you want.

I’ll probably never play this beautiful freak, but I love it and all it’s attitude. Everyone? More of this, please. Money spent on art and inspiration is never misspent.

How do I score one of those free copies? This looks amazing!

I've always taken the Dragons side in the classic brave knight vs monsterous dragon. So this seems just perfect for me!

If you search some queer to translate this masterpiece in french, I can do that. Even for free.

thank you! I still gotta figure out how that would work, but I’ll let you know ^^

any chance another free copy will pop up again? looks awesome!

sure, why not. there you go!

this is amazing, and thanks so much! excited to take a look at all of this.

wendi is, in fact, a MONSTER of game design. I do not fear to exaggerate when I say this is a work of genius.

Absolutely fantastic game. quick to pick up and a blast to play. The art in the book is stellar, and definitely reveling in the theme. Please buy and play this; I know it's going to be at my table for a while yet.

I have had the privilege of getting to playtest this beautiful monstrosity, and it has quickly become a favorite game. The illustrations and layout are absolutely stunning, and getting to play characters in a setting so explicitly against the status quo is absolutely refreshing. Please do not hesitate to pick this up, I cannot praise it highly enough.

Yet another excellent game from Wendi, the layout is absolutely stunning, the writing is funny and pungent  in equal measure

I am so excited this game is finally here! IT’S ALIVE!

I've been slowly watching this monstrosity of a game come into being for months. hbtm is beautifully grotesque. I've run it as a one shot and hope to run it more.

"An explicitly queer and anti-capitalist take on the urban fantasy genre" is already an amazing premise for a game, and this one comes with over 160 gorgeous pages of fabulous art and intriguing content. Create your character and your crew, revel in your monstrosity, and fight back. Cannot wait to sink my teeth into this and actually play it! 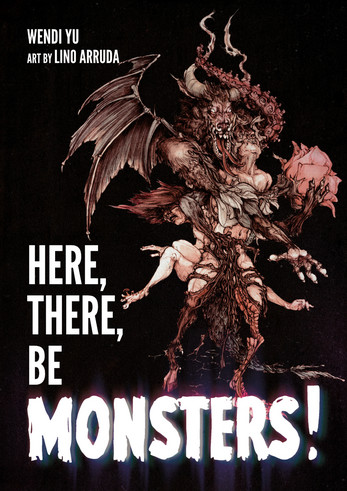 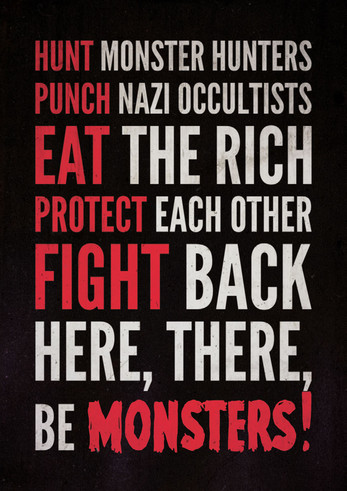 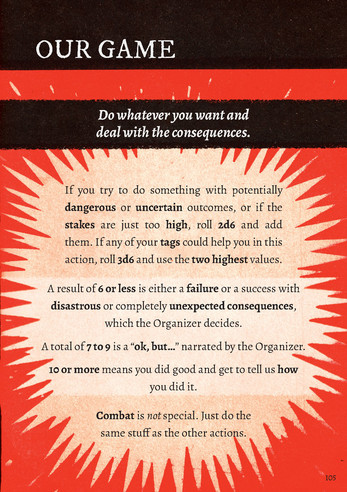 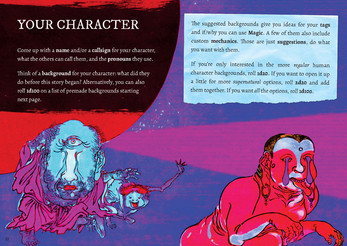 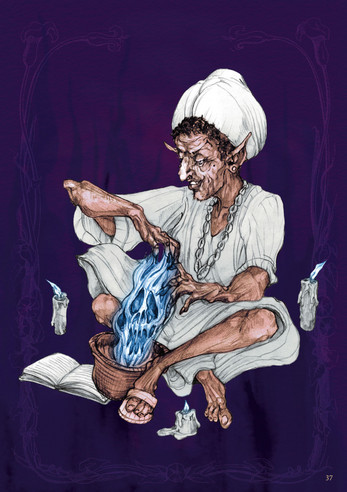