The apocalypse was long, long ago. So long that no one even remembers it happened.

What once were post-apocalyptic wastelands are now once again filled with life.

Weird ruins dot the landscape, full of ancient mysteries and abandoned biotech marvels whose purpose was forever lost. Some of them lead to places that defy everything you think of as the laws of nature.

A high percentage of all living things are born with weird, seemingly random, mutations. Some of them allow you to do things that defy everything you think of as the laws of nature.

People, not-people and once-people roam the distorted landscape between populated areas. Some are friendly. Some are lonely, or dangerous, or boring. Some of them defy everything you think of as the laws of nature.

There's electricity, mostly solar-powered. Firearms are little more than a myth. Musical instruments, on the other hand, still survive to this day. Even the electric ones. Live entertainment is highly valued.

There is no magic. There are no wars. There's only music. And a whole world to play to.

Marvelous Mutations & Merry Musicians! is a game about a Band of travelling mutant musicians, who travel from town to town, performing concerts and doing whatever it is they like to do besides that. Maybe exploring those ancient ruins, maybe helping communities solve their problems, maybe just drinking and destroying their rooms at the local inn.

written and designed by wendi y.

you can now buy the print version here, at Exalted Funeral!

This game is part of the RPGLatAm Collection!

Really really cool! One of the best graphically-designed TTPRGs I’ve seen on itch.io

Aside from a title that's perfect in its alliteration, this little role-playing game has a nice setting, that of a community of mutant musicians in a post-apocalyptic world that's a little messy. Nothing extremely new under the radioactive sun, but a series of random tables, each more inspiring than the other, whether it's stories about arms or songs of all styles, and some well thought-out little narrative stakes mechanics, the kind I'm keeping in a corner of my head just in case, for later...

I ordered a physical copy of MMnMM from Exalted Funeral and it is by far one of the RPGs I've been most excited about in a long time. After I wrap up my current game I'm going to propose this as our next campaign. The system is simple but packed full of flavor. My metalhead brain wants to use this for a Brutal Legend inspired game. I wish I had more time this month or I would have tried to produce something for the jam going on.

thank you so much! I hope you get to play it soon, and when you do, please let me know how it went!

This is a dazzling work of staggering genius, full of ideas for a fun ttrpg time, yet consistent and open. Everyone should play it. 5 star.

Amazingly well made with excellent art, excellent writing. 10/10 I love the lil like Wants and Needs mechanic. Defiantly stealing that. 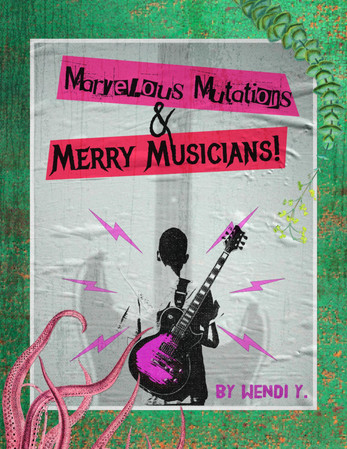 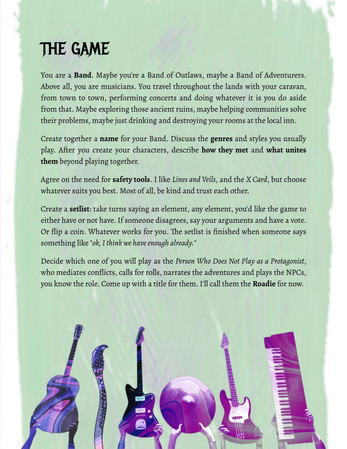 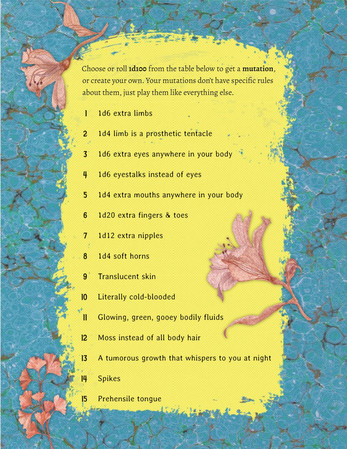 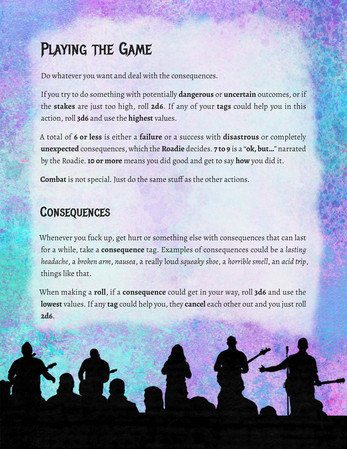 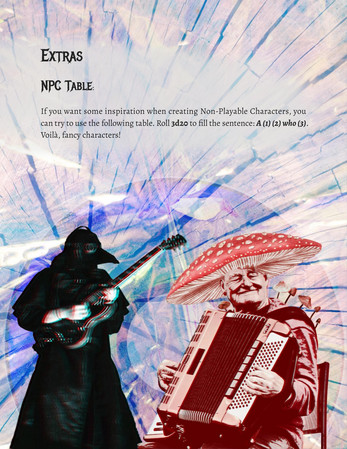